The region of La Rioja has a vast winemaking history dating back to at least Roman times, culminating in its recognition as a world flagship wine-making region. Situated in Viana, 10 km south-east of Logroño lies the Bodegas Rioja Vega vineyards. Their 70 hectares of vineyards are exposed to the Mediterranean climate, and shielded from the winter wind by the hilly, tree-covered nature reserves to the north and the Sierra de Cebollera to the south. The vineyards are planted in the fertile soil fed by the Ebro River, creating the perfect climate for growing grapes. Under this ideal location Rioja Vega’s winery has thrived since its foundation in 1882 by Don Felipe Ugalde.

Since 2001 they have been known as ‘Rioja Vega’, with a new winery, but one where tradition and artisan techniques are upheld, such as the use of oak barrels, a Riojan practice dating back to Manuel Esteban Quijano in 1786, to allow their wines to enter the ‘new world’ of America. Rioja Vega represents a traditional, artisan vintner from a region steeped in history; where wine is more than a drink – it’s a way of life, entwined in local culture and traditions. 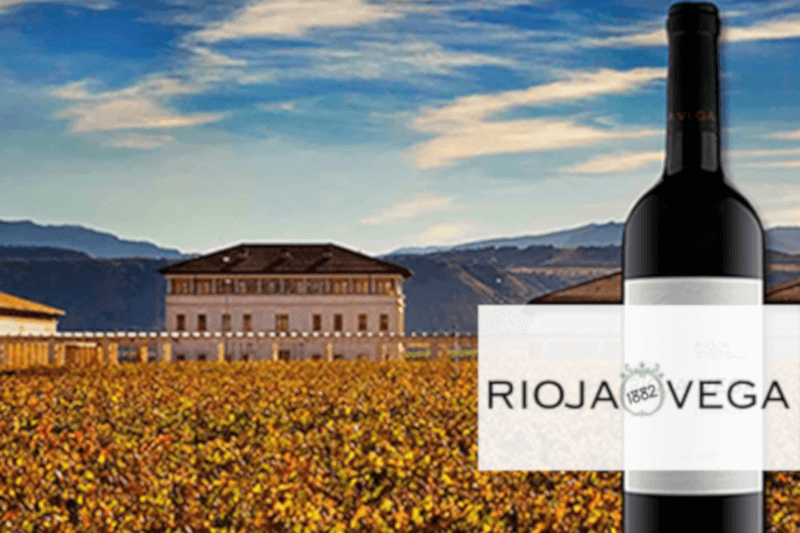