The early success of El Gaitero cider can be attributed to two main factors: The opening of the port of Gijón in Asturias in the 1700s and mass Spanish emigration to Latin America. El Gaitero became the “umbilical cord” for many Asturian settlers, savouring a taste of home while forging a future for themselves overseas. Back in Asturias, there was heavy investment in orchards, production and shipping to meet the demand created by ex-patriot consumers.

This trade with the Americas moved El Gaitero to find new ways of conserving the cider during its long Atlantic voyage. In 1880, equipment from France was commissioned to carbonate the cider which, when fermented, resulted in what is known as ‘Champagne’ cider.In 1895, the company was taken over by the visionary Obdulio Fernández Pando, who moved production to the coast to facilitate exportation while investing in the very modern strategy of advertising! Obdulio’s nephew, José Cardín Fernández also achieved unprecedented success, converting its emblematic bagpiper image into an internationally recognised logo; he also pioneered the concept of factory tastings!

El Gaitero is now run by José Cardín’s two sons, José and Bernardo, who have not fallen short of the benchmark set by previous generations. For the last 200 years, El Gaitero has proudly represented Asturian tradition, hard work and forward-thinking across the globe. Its installations are considered a national treasure in their own right and we can’t recommend their cider highly enough! 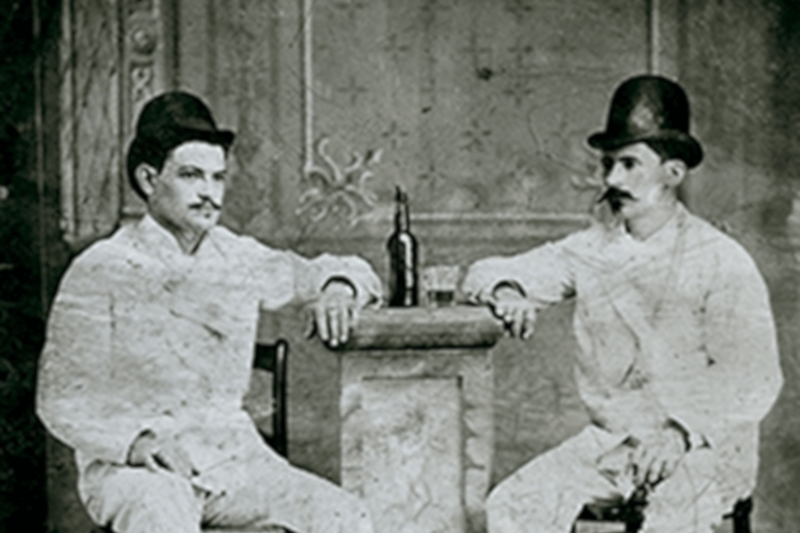