Located in the ancient city centre of Jerez in Andalucia lies the historic Bodega of Dios Baco. The Bodega’s history dates back to 1765 when the Palomino family began sherry-making in Jerez. The Bodega, built in 1848, was named after the Greek god Baccus, also known as Dionysus, the god of grape-harvest and winemaking, whose emblem is carved into the Bodega’s façade. By the early twentieth century, the bodega was under the joint ownership of Don Juan Vergara and Don Juan Palomino. Vergara was a prominent local figure and Palomino was a descendent of the notorious knight and namesake of the Palomino grape. Together the two men dominated Jerez sherry-making with their twelve Bodegas, known as the twelve disciples, of which Dios Baco is one of only three remaining.

To this day the Bodega of Dios Baco remembers its historic roots; employing the ancient Soleo (or Asoleo) process, of sun-drying the grapes and the Criadera y Solera system of combining different harvests whilst the sherry matures. The Soleo process sees the grapes carefully spread out by hand on straw mats, turned daily, and sorted so only the best grapes remain. The large vaulted ceilings, and ornate pillars of the cathedral-style Bodega are still used for the traditional Criadera y Solera system for which they were constructed. The Criadera y Solera system ensures consistency, even ageing and is essential for traditional biological ageing under flor as it brings in young wine containing the necessary micro-nutrients to support the yeast. The Bodega’s tradition and history creates a flavour reaped in tradition, full-bodied complex and elegant. 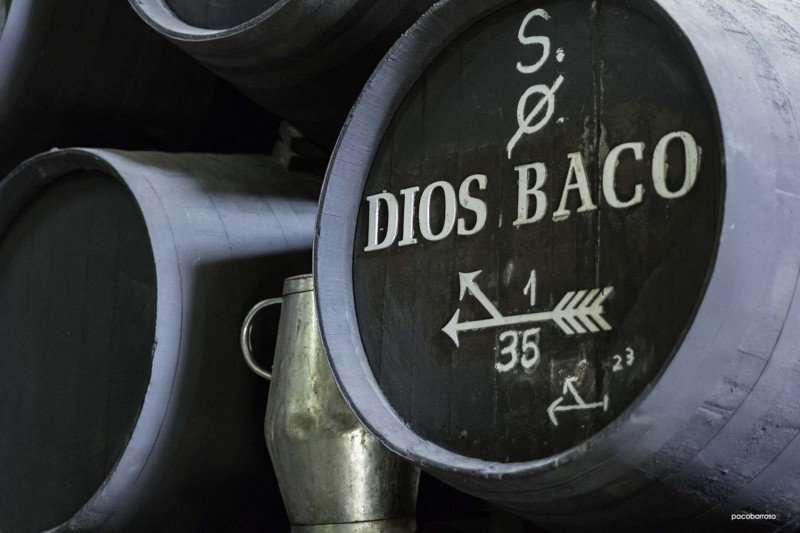