The word Sobrasada comes from a preservation technique in Sicily called sopressa, meaning pressed. In the 16th century, after Moorish rule, Mallorca began to adopt these pork preservation techniques and by the 17th century, sobrasada had become emblematic of Mallorcan cuisine. This spreadable delicacy, similar to chorizo, is made specifically in Majorca and carries its seal of geographic authenticity, similar to the Domination of Origin. The 18th century saw the arrival of paprika from the new world, and this was added to Sobrasada, giving it the distinctive colour and flavour we are familiar with today. The industrial revolution marks the beginning of larger-scale production, allowing trade of Majorcan Sobrasada beyond Spanish borders and giving rise to its popularity across the globe.

Our suppliers, Embotits Montuiri, have been producing Sobrasada for generations. As a family-run business, their expertise, care and respect for Majorcan tradition shows through in the flavour of this delicious product. 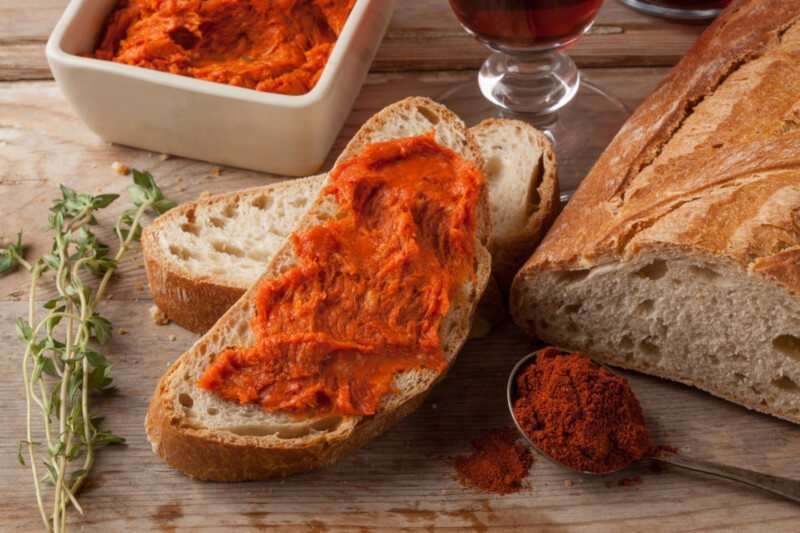